When Francina Islas and Juan Andres Sanchez planned their Cuban vacation from Miami, they didn’t imagine that their stay in Havana would become a sequence of discomforts and annoyances. Three days at the centrally-located Hotel Plaza was enough to know that the excellence of Cuban tourist facilities is often a publicity mirage with no connection to reality.

The latest figures released by the National Bureau of Statistics indicate that the country experienced a 21.1% increase in foreign visitors between January and May of 2015, compared the same period from a year ago. However, at the same time that the number of tourists was increasing, customer demands were increasing.

The couple who shared their experience with 14ymedio said, “We were not looking for luxury, just minimal conditions of hygiene and maintenance, working hot water, and no cockroaches,” said Francina, a Mexican traveling with her Spanish husband and their daughter.

“We were not looking for luxury, just minimal conditions of hygiene and maintenance, working hot water, and no cockroaches”

With difficulty, the family managed to book a room in Havana from Spain. The flood of tourists has left little availability in the accommodation network which includes 430 establishments throughout the country, including hotels, apartment hotels, motels, villas, hostels, houses, cottages and campgrounds.

After working through several obstacles, Francina and Juan Andres made a reservation through the Logitravel travel agency for a room in the Armadores de Santander, located in a historic mansion in the city. But a week before traveling, they were alerted that it was overbooked and they were relocated to the Plaza Hotel, what was announced as four-stars. 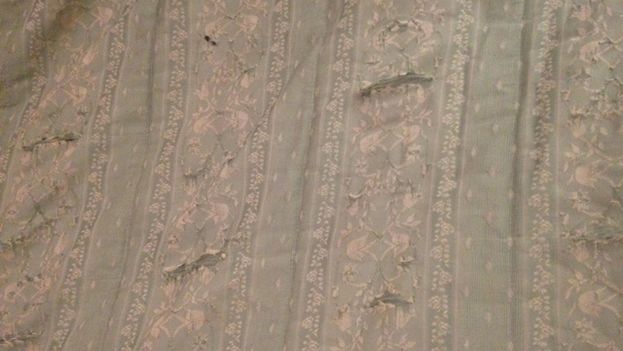 The change didn’t bother them at all, because the new place is a few yards from Central Park, and had a beautiful façade. However, passing through the most visible areas of the building, they found the rooms left a lot to be desired.

"I lost count of how many cockroaches I found in the room, the bedspreads were dirty and shabby, and the blanket was torn, ripped and filthy"

The musty smell on opening the door of the room was the first sign that something was wrong. Then they found there was dust on the furniture, the shower was not embedded in the wall, but hanging, and the water pressure lasted just a few minutes. If someone closed the bathroom door from inside, they needed help from outside to open it, and the bedspreads were dirty and shabby. “Fortunately the sheets had been washed and changed, and they were the only things we used because the blanket was torn, ripped and filthy,” the alarmed Francina commented. 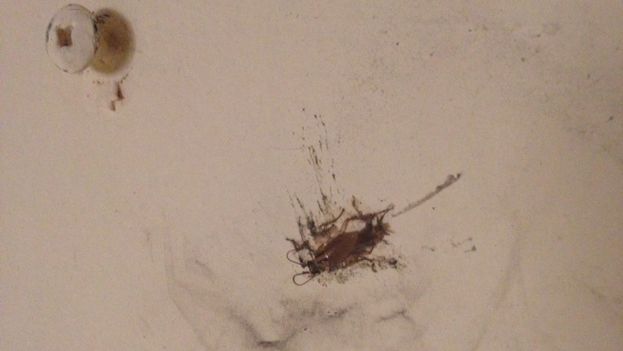 Another interior shot of the Plaza Hotel (14ymedio)

When they went to breakfast the first time they tried to shake off their frustration with some good tropical fruits, but there was nothing like a Cuban pineapple, guava, or mango, nor even natural juices. Their annoyance grew and the couple – the journalist and her economist husband – were on the point of slamming the door to the Plaza Hotel, but it wasn’t that easy.

The price of the central accommodation is 120 convertible pesos (just over $120) a night in this season, but Francina and Juan Andres were only paying 80 because they got a deal. Contacting the Logitravel Agency was impossible: the cost of overseas calls too expensive, and the internet service too slow.

The Plaza Hotel is managed by the Hotel Group Gran Caribe SA, an entity that is grouped under the Ministry of Tourism, whose slogan is “in all its splendor.” With 12,123 rooms spread over 45 facilities, Gran Caribe is present in the main tourist centers in the country and now has its sights set on a possible flood of tourism from the United States.

On the third day, August 6, the couple left the Plaza and rented a room in the Hotel President. They found the room clean and airy, but “the bathroom taps didn’t fully shut off,” they said. Francina ended up wondering, “How can there be such a lack of water for Havanans and a permanent waste of water in hotels?”

“We will not quarrel with the Plaza, we will complain to the agency,” said Francina. “I lost count of how many cockroaches I found in the room.” For the couple it is not only about complaining to get their money back, but who is going to give them back their vacation?