The wall of the Malecon tastes of salt and is rough to the touch. Standing on it, my school uniform splashed by the waves, every October of my childhood I threw a bouquet of flowers into the sea. The tribute was addressed to a man who had died fifteen years before I was born. His face was on the walls and in schoolbooks, with an enormous smile beneath a broad-brimmed hat. Those were the days when I still dreamed of meeting Camilo Cienfuegos.

The story, repeated to the point of exhaustion in school assemblies and official propaganda, told of a plane that disappeared while the Commander was flying between the cities of Camagüey and Havana. For the children of my generation it was an almost magical enigma. We believed that one day we would find him, a bearded jokester, somewhere in the Cuban geography. It was just a matter of time, we thought.

But the years passed and on this long and narrow island there has never been detected even a single piece of that twin-engine Cessna. New technologies burst into everyone’s lives, satellites search every inch of the planet, and mythical cities, submerged or buried, are found all over the globe. But of Camilo, not a single clue.

The illusion that he would return to unite “the highest leadership of the country” was giving way to another desire. In the mid-eighties I heard talk of Camilo Cienfuegos as the hope for change. “If he were here, none of this would have happened,” the elderly intoned. “He wasn’t a communist,” my grandfather said.

Once again we want to find alive the hero of Yaguajay, but this time to lead our dissatisfaction and to help us overcome our fear.

In the Special Period the urge to discover at least a vestige of that tailor-turned-guerrilla forcefully resurfaced. We speculated that if the circumstances of his death were unraveled, Fidel Castro’s government would fall like a house of cards. The best-kept secret of the Revolutionary era would also be its end. But even in those years the mystery was not solved.

A few days ago a little girl reminded her mother she needed to take a bouquet of flowers to school to throw into the sea on the day this Havanan not yet turned 30 disappeared. A second later the girl asked, “But is he dead, or is he not dead?” Her mother explained the official version in a bored voice, ending with a categorical, “Yes, he’s dead… he is not breathing.”

The mystery has collapsed. Not because we found answers, but because we got tired of waiting for them. Right now, nothing would change because we know that Camilo Cienfuegos is alive somewhere – with his graying beard – unless it is scientifically proven that the official version is true. Nor would there be a great commotion on finding out his death was an assassination order by his own  compañeros from the Sierra Maestra. 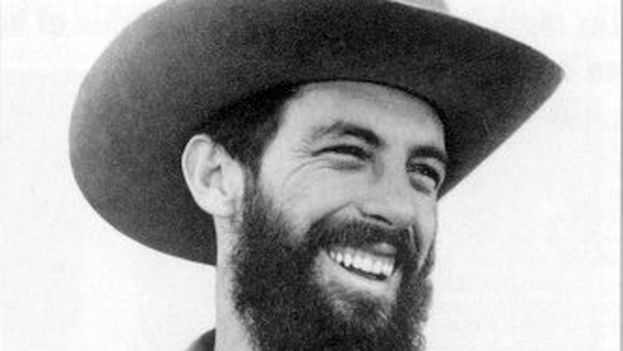